Did You Know Stan Lee Approached Ray Harryhausen About An X-Men Movie? 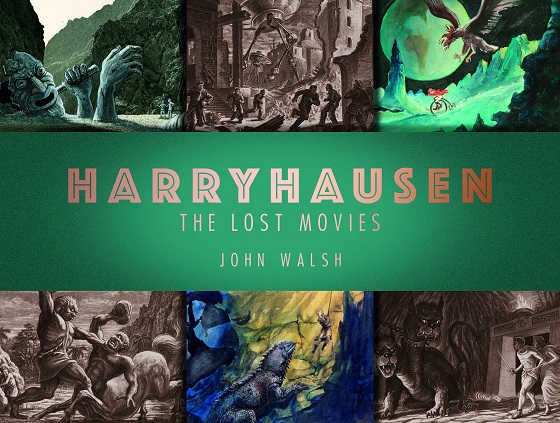 This is just one of the gems unearthed by Ray Harryhausen expert John Walsh for his forthcoming book Harryhausen: The Lost Movies, a veritable Aladdin's cave of "what if..." and "what could have been..."

You can listen to a 10-minute interview, conducted by Paul Ross of TALKRadio, with John Walsh on the latest episode of The Ray Harryhausen Podcast.


For the first time, the secrets have been unearthed for those unmade films. Missing scenes from the films you love. Stunning artworks, models and test footage all revealing new worlds, epic lands and fearsome creatures that until now had thought to have been lost for all time.

Due out on September 10, Harryhausen: The Lost Movies explores Harryhausen’s unrealised films, including unused ideas, projects he turned down (such as David Lynch's Dune) and scenes that ended up on the cutting room floor.

From tantalising snippets of unmade Sinbad sequels to the mountain of material for Force Of The Trojans, this book includes never-been-seen-before artwork, sketches, photos and test footage from the Harryhausen Foundation archives.

Find out more about Harryhausen: The Lost Movies on Titan Books' website.
Scrawled by Tim Knight at 12:00:00