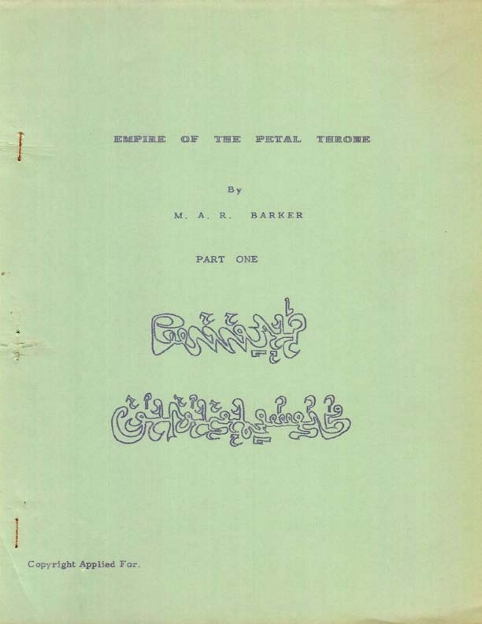 A copy of Professor M.A.R. Barker's original manuscript for Empire of the Petal Throne, produced in the Spring of 1974, is now available as a $15 PDF download from DriveThruRPG.

Known as the "green cover" or "mimeo" version, it was produced in a limited and confidential run of fifty copies and this is the first time it has been made available to the general public.

This rules set is a precursor to the game published by TSR and has a number of significant differences from that later version.  However, in many ways it is substantively similar to the TSR version, and is being presented more as a historical document than as a different product.

This netbook was prepared from a copy taken directly from Prof Barker’s archive, and is presented with each facing page containing the text of the original manuscript.
Scrawled by Tim Knight at 09:00:00