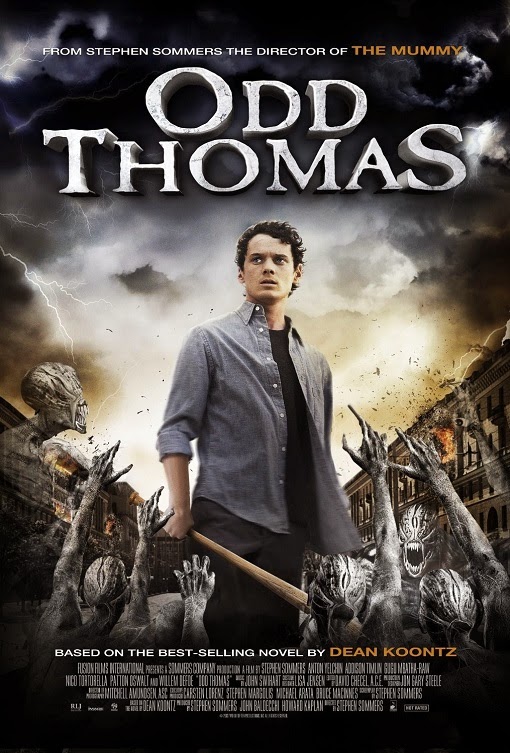 When he notices an influx of demonic bodachs (invisible creatures that thrive on the smell of impending death), he realises something apocalyptic is coming and soon Odd, his childhood sweetheart, Stormy Llewellyn (Addison Timlin), and the police chief are in a race against time to avert a massacre.

Odd Thomas was recommended to me by Paul, who correctly judged that it was my kind of movie. Part comic book adventure, part urban fantasy, the film - based on the Odd Thomas books by Dean Koontz - was written and directed by The Mummy's Stephen Sommers.

It's The Sixth Sense crossed with Supernatural, with a dash of John Dies At The End, served up as the perfect recipe for a strong television serial, mixing great special effects with well-rounded characters.

Slightly predictable at times, but so well-scripted, acted and directed that you still can't help but be swept up in the moment, even when you'd called it a few minutes earlier.

Prior to Paul's recommendation, I'd heard of the books but didn't even realise the first had been made into a movie that had, somehow, completely escaped my notice.

Checking on Wikipedia - that font of all knowledge - I see there was some legal hoo-ha surrounding the film's release, which explains why it's not that well known.

That's such a shame because, if Odd Thomas proves anything, it demonstrates how well the conceit and mythology of Koontz's books could be adapted to a serialised TV show.
Scrawled by Tim Knight at 15:00:00