HAWK THE SLAYER IS FUNDED!!! NOW LET'S AIM FOR SOME STRETCH GOALS!!! 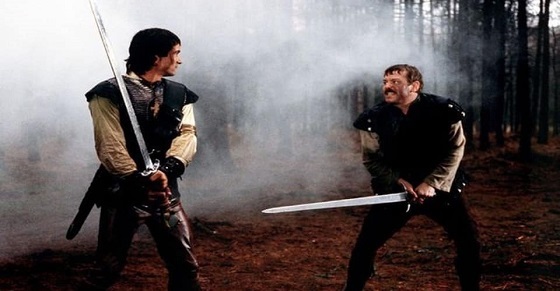 With more than a week still to run, the Kickstarter to fund the official adaptation of Hawk The Slayer as a full-cast audio play hit its funding target yesterday, the birthday of campaign organiser Graham Richards.

The crowdfunding campaign runs until December 4, and having secured pledges for the £3,500 to guarantee production of the audio drama, the more support it can now gain increases the chances of Graham being able to - at a later date - get the go-ahead to adapt the legendary (unfilmed) sequels, Hawk The Hunter and Hawk The Destroyer.

Check out the Hawk The Slayer audio play Kickstarter page here and make sure you get your pledge in before the window closes in 10 days.

Kicktraq, the Kickstarter monitoring site, has the campaign trending towards almost £5,000 by the time it ends.

However, it would be incredible if Hawk fans could rally support and blast through this amount to prove to the original creators of the franchise - Terry Marcel and the Harry Robertson estate - that there's an undying passion for this character and his further adventures.