Behind-The-Scenes Of The BBC's Brave And Innovative Reimagining Of Dracula... 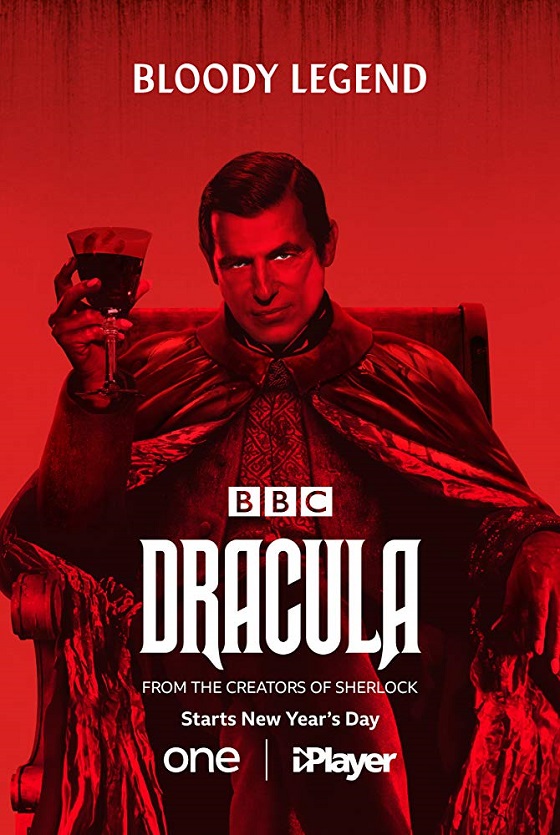 If Twitter - that cesspool of knee-jerk toxicity and entitled anger - is to be believed, the BBC's Dracula was an unmitigated disaster, especially the unexpected - and well concealed - twist in the third part, when it all went a bit Dracula A.D. 1972.

After the initial shock, I just let myself go with it and came away thinking it was a brave move, even if it didn't hold together perfectly in the end.

There was, for instance, the gorgeously beautiful and disturbing scene of Dracula (Claes Bang) and Lucy (Lydia West) were listening to the desperate sounds of the undead trapped in their coffins.

There were moments, and choices, throughout the whole piece that I thought were inspired (turning Van Helsing into a sassy nun) and others that didn't work for me (there were too many overt attempts at broad humour - which kind of pulls you out of the verisimilitude - and what became of Renfield in the end?).

Whilst it deviated wildly in places from Bram Stoker's source material, I do feel, in many ways, it captured the spirit of the book.

I'd still like to see a modern take on Dracula that stuck closer to Stoker's novel, but the Mark Gatiss and Steven Moffat take was "interesting" to say the least.

While I appreciated the show's attempts to reimagine and subvert the classic vampire (Dracula) tropes, the climax was possibly more cerebral than the action and horror up to that point had earned.

As my dear old mother would say: "It meant well."

Ultimately, by no means a classic in the archives of vampire lore, the BBC's Dracula certainly merits a repeat viewing.